During the early stages of abuse, short term effects of opiates take the form of physical symptoms. With ongoing abuse, these effects start to affect a person’s psychological state.

With long-time users, the short term effects of opiates have reached a point where physical dependence and addiction symptoms start to take root, according to the National Institute on Drug Abuse. While opiate dependence and addiction develop over time, these conditions develop out of the short term effects of opiates along the way.

For anyone considering using opiates for recreational purposes, here are 10 short term effects of opiates you don’t want to experience –

“Nodding out” or lapses in consciousness result when ingesting large amounts of opiates at a time. In effect, the drug overpowers the brain’s ability to maintain consciousness.

Opiates trigger the release of large amounts of neurotransmitter chemicals from groups of brain cells. These effects cause damage to cell structures. As cells undergo continued damage, they require increasingly larger doses to produce the desired “high.” 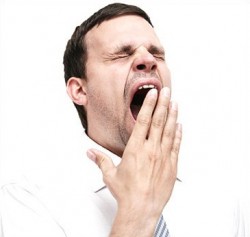 Taking opiates can cause a weakened immune system, leading to fatigue and sickness.

With each successive dose, the brain and body suffer wear and tear from opiate effects. Users can expect to get sick on a more frequent basis as immune system functions grow weaker and weaker.

Opiates can depress gastrointestinal functions to the point where constipation starts out as a short term effect of opiates, but soon turns into a chronic problem.

With continued drug use, chemical imbalances take root in the brain. After a certain point, users start to experience pronounced shifts in body temperature as the brain loses its ability to maintain equilibrium.

With a large enough dose, opiates can shut down brain functions altogether, according to New York University. When this happens, the body’s respiratory and/or heart functions stop working, which calls for immediate medical attention.

With long-term abuse, opiates alter a person’s motivations and drive. At this point, frequent cravings for the drug develop.

Brain chemical imbalances inevitably impair a person’s emotional status. While this short term effect of opiates does come and go, mood swings worsen in intensity and frequency with continued drug use.