Drugs that are made form opium, such as, heroin, morphine, codeine, and prescription painkillers such as OxyContin, Vicodin, Percocet, and Percodan, are commonly abused. Opium based drugs result in millions of people using them illegally every year, leading to millions of people developing addiction and dependencies to them.

Heroin is one of the most powerful opium based drugs that is abused, and it is highly addictive. Unlike other opium based drugs, heroin is illegally made in laboratories, and it is illegally distributed in the streets. In addition, since heroin is commonly abused by injection, the effects of the drug are extremely potent and can cause a user to develop an addiction to the drug even after the first use. 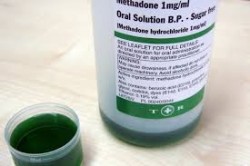 According to the National Drug Intelligence Center, heroin is a highly addictive and rapidly acting opiate, which means it is a drug that is derived from opium. Heroin comes from morphine, which is a principal component of opium. Opium is a naturally occurring drug that is extracted from the pod of the opium poppy.

Heroin and other opium drugs destroy the lives of people who develop addictions to them, but there is treatment available to help people overcome their addictions and regain control of their lives once again.

According to the National Institute on Drug Abuse, scientific research has led to effective treatments for opiate addiction; these treatments include Methadone, Naltrexone, and Buprenorphine. Methadone is administered daily and is a treatment that is currently regulated so that only specialized clinics can provide it. Buprenorphine is the newest medication used for opiate addiction treatment and it is a long acting agonist. Naltrexone is an opioid receptor blocker.

These medications are the best source of treatment for opiate withdrawal. These medications combined with behavioral treatments have helped millions of people effectively manage their addictions and regain control of their lives. Through medication people can detox from opium drugs with some ease. Since the withdrawals from opium drugs are extremely difficult for a person to go through, the use of medication is sometimes necessary.

Therapy is also necessary since addiction is a brain disease, and therapy is what will help a person deal with the psychological withdrawals that come from detox. Through therapy and medication treatment, as well as support, a person will be able to learn to manage their addiction and should have a successful detox from opium drugs. A person can receive both medication and therapy through rehab treatment programs, which are located all throughout the country and are found in every city.