The Chinese didn’t realize that opium was an addictive substance until the late 17th century. By that point, more than 1/3 of Chinese males reported smoking opium on a regular basis which meant that millions of people were now suffering the brunt of the consequences associated with opium addiction. Even once the addictive qualities of opium were announced, most people did not worry about the negative consequences that were to come as a result of using the drug and most chose to continue to smoke opium despite claims of the negative side effects that opium could have on overall health.

Progressive use of opium can lead to tolerance and dependence which makes it difficult to quit. Opium addiction results in devastating consequences which may include job loss, financial problems, health problems, relationship problems, and possibly death. Many of the consequences that are suffered as a result of opium addiction can be reversed with treatment, healing and time but some cannot. 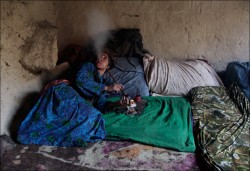 Opium addiction is a growing concern as the level of opium use is increasing due largely because of the addictive nature of the drug as well as the availability of the drug. In its purest form, opium is far less dangerous than opiates that are derived from the poppy plant but an increase in the number of users who are becoming addicted to heroin, prescription painkillers and various other opium derivatives has led to the need for improved education about the dangers of this class of drugs.

Opium addiction can occur rather quickly with many users reporting becoming addicted in as little as just a couple of weeks of regular use. Though not the most widely abused substance in the United States, opium is the pure form of a more serious drug problem which is the class of opiates. Opium derivatives which come from the poppy plant are the basis for many prescription painkillers including Oxycontin, Oxycodone and Morphine as well as hundreds of other prescription drugs that are widely abused throughout the US.

The most common symptoms of opium addiction include:

Opium use will actually change the way that the brain perceives pain and can reduce the ability for an individual to feel pleasure unless more of the drug is used. This can lead to great bouts of depression, sadness and difficulty having fun unless opium is being used. This sadness or inability to feel pleasure is often the leading cause of opium addiction as the user feels that he or she has to use the drug in order to feel good. The above is just a partial list see the full list of the symptoms of opium addiction here.