According to the National Institute on Drug Abuse, there are over 24 million opiate users worldwide. Unfortunately, opiate addiction is very similar no matter where you go. When someone is using opiates they tend to use the same lines over and over. Many people make the same excuses or say the same things when you question them about their addiction.

This is probably the number one thing that people say about opiate addiction. Most of the people who say this really think they do not have a problem with opiates. Unfortunately, if you confront them about what you see as a problem, they will usually deny it, usually vehemently. There is no real response to this statement. If you say, “yes you do,” they will just continue the cycle of denial. They might have to realize that they have a problem on their own before you can offer help.

This is also a very common statement for opiate users. They might be able to quit for short periods of time so that it looks as if they can quit permanently but most just go back to using. This is one of the most commonly said excuses. There is a big difference between being able to quit any time and being able to quit completely.

Most people who say this are saying it more to excuse their continued use rather than to affirm that they can quit. They also say it when they know that they cannot quit or have absolutely no desire to stop using opiates. 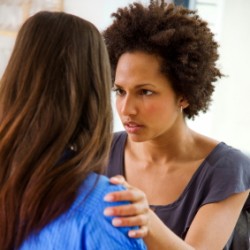 Opiate users tend to make excuses for their drug abuse.

This is an abusive behavior where the addict blames their behavior on someone else, usually a loved one. This is one of the things that is a clear indicator that the opiate abuse needs to stop. Many users become more and more abusive the longer their addiction goes on. It is important to understand that statements like this are considered abusive and they can quickly damage you. You are not to blame the user is.

This is often said after the opiate user did something that hurt you or someone they care about. It is just another form of denial. People say things that they do not mean whether or not they are on drugs but chances are they would say it if they did not have the opiates in their system.

This is a phrase common to drug users who promised they were quitting. Just one more turns into two or three or four more and then they are back using again. Most addicts use this to say they will quit after just one more hit or pill. Meanwhile once the cravings hit they may wind up continuing with the addiction.

For more information on the phrases that people use while they are using drugs call us at 800-429-5210 (Who Answers?).