Opium is an analgesic drug that produces euphoric effects. The short term effects of opium use are mostly related to the euphoric feelings that come from smoking the drug. The user will feel sleepy, drowsy or relaxed similar to the feelings that come from alcohol. These short term effects will differ for each individual and they may be mild to moderate or they could be very intense if a lot of opium is smoked or if an opium derivative is used.

Unfortunately, the euphoric state that is caused by opium use can lead to complications and even death. Opium slows the heart rate and will slow breathing if used in large amounts. This can cause the user to pass out or even fall into a coma or die. While it is not all too common for a user to die as a result of opium use, the risk of death increases significantly when opium is altered or refined into other drugs such as heroin or Morphine. 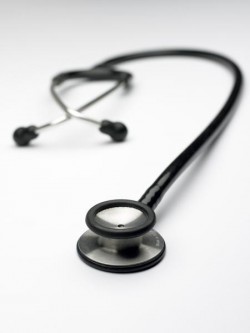 Opium can cause short-term constipation that is often followed by diarrhea when the drug wears off. It will also cause confusion and may result in long periods of sleep followed by periods of insomnia. These short-term effects, though not deadly, can be persistent and can be troublesome. Many people like the sleepy effect that is caused by opium during short-term use but prolonged use of the drug can lead to tolerance and addiction. Opium use also has many other long term effects that should be considered before ever using the drug.

Opium can cause dehydration and dry mouth. The user will often feel the need to drink large amounts of fluid in order to feel better or to quench thirst. Unfortunately, until the opium wears off, the dehydration will continue and the extreme thirst will persist as well. After about 4 hours, these symptoms or effects will wear off and the thirst will dissipate.

Mental function weakens with opium use which can lead to decreased inhibitions and additional problems. The user may be at risk of being taken advantage of if he or she falls asleep and there is also a risk of accident or injury occurring as a result of the relaxed state of mind that the individual is in while under the influence of opium.