Can You Take Kratom for Opiate Withdrawal?

According to the Substance Abuse and Mental Health Services Administration’s 69th Meeting Notes, there is limited information on Kratom, more study is required before uses and potential for abuse is determined. Presumably, these studies are currently underway. Researchers are looking into the potential applications of taking Kratom for opiate withdrawal and a variety of other conditions. There are reports of Kratom use in dozens of countries for hundreds of years. This being said, there is no easy way out of opiate addiction and Kratom like many other drugs is not a replacement for a doctor’s care. Before considering Kratom to treat opiate withdrawal there are several things you should know, including what it is, potential uses, its side effects, the potential for addiction, and why it seems to work. 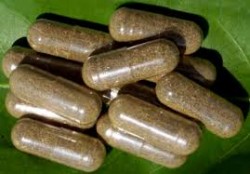 Kratom can be used to relieve symptoms of opiate withdrawal.

Unfortunately, several people decided to mix Kratom with a variety of other drugs into something called 4 X 100 which is not only addictive, it has the potential to be toxic. Thailand is currently considering reversing this ban because it seems to be useful in reducing opiate withdrawal symptoms. In the United States Kratom is marketed as not for human consumption.

Side effects of Kratom

The packaging of Kratom and many of the information sources on Kratom state, that severe side effects may be experienced if Kratom is not used properly. This is similar to many other herbal supplements on the market. There is some information according to Fox News that states, most moderate users do not experience severe side effects or long term damage. There is at least one report of a user having a seizure after taking Kratom combined with other medications, in this case a stimulant. It is not recommended that Kratom be taken with other prescription and nonprescription medications.

Many sources say that Kratom is used to treat addiction and has been since the 1800s when people used it for opium withdrawal. When taken as an opiate or opioid replacement it works to reduce the symptoms of withdrawal. It is important to note that there are no relevant scientific studies in the United States that indicate that it is anything more than an herbal supplement that may be used as a painkiller and a replacement for opiate painkillers. There are many accounts by users that have successfully stopped opiate use with Kratom but these reports are unsubstantiated.

Why does Kratom work for withdrawal?

It is suggested that Kratom works the same way that methadone, Suboxone, and other conventional opiate withdrawal medications. Kratom is not considered an opiate but does produce opiate like effects in higher doses. This is consistent with other opiate replacement medications. It is similar to an opiate in that it is a painkiller, so it blocks the pain associated with opiate withdrawal. Not much information exists regarding whether Kratom stops opiate or opioid cravings or not. It is also a stimulant so it reduces fatigue and lack of motivation commonly associated with opiate withdrawal.

Like many other drugs, Kratom has the potential for abuse. When used daily for an extended period of time a user experiences withdrawal. The symptoms of Kratom withdrawal are:

Doctors do not know much about Kratom and its uses. This means that if something should go wrong in the withdrawal process it is important to tell the doctors, nurses, and paramedics about it. Another concern about using Kratom for withdrawal is the purity of it. Many less than reputable manufacturers mix other substances into the Kratom. Like the 4 X 100 that is now illegal in Thailand, the substances mixed in can be both dangerous and addictive. According to the Food and Drug Administration Kratom is not approved for human consumption. According to the Drug Enforcement Administration, Kratom is legal but is on their list of Drugs and Chemicals of Concern due to its potential for abuse. With Kratom’s fate undecided as of 2015, although Kratom may work for opiate withdrawal, it is a good idea to know all of the facts before taking it.