Just like heroin abuse, recreational opium use is dangerous and can lead to a number of the same problems. If you have been abusing opium regularly, you should seek help as soon as possible, especially if you feel you have already begun to experience the symptoms of addiction.

Just as Dangerous as Heroin?

According to the Drug Enforcement Act, “An opium ‘high’ is very similar to a heroin ‘high’; users experience a euphoric rush, followed by relaxation and the relief of physical pain.” However, many people believe that abusing opium is less dangerous and less problematic than using heroin.

Heroin does cause a number of issues that opium use does not normally cause, such as “collapsed veins, infection of the heart lining and valves… [and] clogging of the blood vessels in the lungs, liver, kidneys or brain” due to harmful additives in the drug itself (Center for Substance Abuse Research). However, this is because heroin is normally injected while opium is normally smoked. The latter can be injected in some cases, which can lead to many of the problems commonly caused by heroin including risk of HIV and Hepatitis.

Recreational opium abuse can cause respiratory depression as well as many of the other dangers caused by heroin use. But what is most problematic is the possibility that opium abuse, like prescription opioid abuse, can lead to heroin use over time. Heroin is cheaper and easier to obtain than any of its other opioid-based counterparts, which is why individuals who become addicted to any of these drugs have a higher chance of eventually switching to heroin. 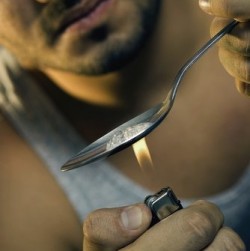 Just like when someone abuses heroin, regular opium use can lead to addiction. Addiction is one of the most dangerous outcomes of drug abuse because it increases the likelihood of drug-induced death, overdose, relationship, work, and school problems, arrest and legal issues, and other serious outcomes. People who abuse opium to avoid the dangers of heroin use are still putting themselves at a high amount of risk.

Though prescription opioids are frequently taken with alcohol by abusers and heroin is often used with other drugs as well, opium is used in combination with other drugs extremely often. In fact, it is well known for this method of abuse. According to the DEA, each type of combination has its own term and can often be much more dangerous than just regular opium use, depending on the combination. “Black is a combination of marijuana, opium, and methamphetamine, and Buddha is potent marijuana spiked with opium.”

These combinations, depending on what is in them, can be extremely dangerous and even deadly upon the first use. Many people do not realize how much the culture revolving around opium abuse leads to this kind of dangerous experimentation, but a combination of two or more drugs can lead very quickly to polydrug addiction or, even more likely, death.

The Hazards of Recreational Opium Use

Call 800-429-5210 (Who Answers?) today to learn more about the dangers of abusing opium itself as well as the ways in which you can find help for your drug abuse and/or addiction.