5 Things that Contribute to Opioid Overdose

According to the United States White House, more Americans are dying from prescription painkiller overdose than from heroin or many other illegal drugs. With this rising tide of prescription painkiller and opiate overdoses, you have to wonder what contributes to this epidemic. Several agencies have identified factors that might help predict those who are at risk for overdose in an effort to warn doctors and the public.

Low socio economic status results in many things. According to the Centers for Disease Control, a higher rate of overdose from opiates is one of them. Researchers are currently studying whether this is due to the stress of poor living and working conditions or lack of education, or some other cause. Many people who live in poverty end up overdosing on one of the many prescription painkillers, methadone, or heroin itself.

Some of the large families on public assistance have several overdoses within the family unit. These deaths are sometimes caused by proximity to the illegal versions of these drugs, gang involvement, and being involved in the drug trade.

This is not to say that everyone who has a low income and a lower educational level will die due to an overdose, just that these conditions make it more likely. 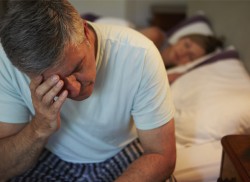 Some people use opioids to manage their stress.

Mental illness often leads to self medication. Since opiates are one of the few euphoric drugs that are relatively easy to get it is little wonder why those with mental illness sometimes become addicted to them. This does not mean that everyone diagnosed with a mental illness is at risk for an overdose. It means that mental illness goes hand in hand with overdose deaths. These deaths are often due to doctors overprescribing painkillers or the patient going to multiple doctors to obtain these prescriptions.

Mixing drugs is never a good idea. Many people who die from overdose do so because they are addicted to another substance and wind up taking too much of one, the others, or both. When people mix medications and drugs like heroin they increase their risk of overdose death, at least 10 fold. Many drugs such as alcohol and heroin have an amplifying effect on each other. It is not unusual to see someone who has been drinking and using heroin overdose.

Not everyone who overdoses is addicted. Many people wind up overdosing because of high pain levels and untreated conditions. Due to the new not entirely unfounded belief that doctors should not prescribe pain medication unless it is absolutely necessary and at the lowest levels possible, many of those who are in chronic severe pain go without necessary medications. They may turn to illegal opiates such as heroin or they may order medication that is subpar to alleviate the pain.

Another issue with the restrictions on doctors that might cause overdose is the fact that doctors try to only prescribe the minimum amount of pain medication. This causes people in severe pain to double up on their medications, which can be dangerous and cause an overdose.

One of the largest contributing factors to opiate overdose is stress. Opiates cause euphoria and many people will take them to calm their stress and anxiety levels down. This causes addiction, dependency, and possibly eventual overdose.

Fortunately, there is help for anyone experiencing these contributing factors. There are addiction and pain management clinics that can help you stay away from high levels of illegal opiates and get you on the medications that you need. For more information about any of these programs call us at 800-429-5210 (Who Answers?).