Opium is a substance that derives from the sap produced from the seed of the poppy plant. Opium in its raw form is extremely potent, because it contains multiple alkaloids, such as morphine and codeine. All drugs that come from opium, which includes most prescription painkillers and heroin, are highly addictive.

According to the National Institute on Drug Abuse, morphine, heroin, and some prescription painkillers, such as OxyContin, belong to the class of drugs known as opiates. Opiate drugs act on receptors in the brain, which also interact with naturally produced substances known as endorphins, which are important in regulating pain and emotion. Although beneficial in many ways, opiates have significant abuse liability.

Opium based drugs will block pain receivers in a person’s body causing a user to feel minimum pain, and they will cause a user to feel extremely sedative. When taken in large doses or when injected, opium drugs can cause a person to feel a euphoric rush, and since they also impact a person’s reward system in their brain, many people develop addictions and dependencies to opium drugs. 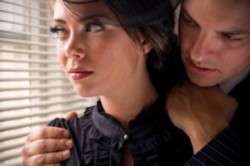 You can find help for your loved one today. Addiction recovery is possible.

According to the National Institute on Drug Abuse, there are a range of treatments, including medications and behavioral therapies, which are effective at helping people stop their heroin and other opiates usage, and return to more stable and productive lives. Common medications for treatment include buprenorphine and methadone. Both medications work by binding to the same cell receptors as opiates, but more weakly, which helps a person wean off the drug.

In order to find the right treatment for a loved one who is addicted to an opium based drug, a person should consider the likes and dislikes of the person in question, and should find a treatment program that is specific to the individual’s needs. For example if their loved one is addicted heroin and is shy around members of the opposite sex, then they should get treatment at a program that focuses specifically on heroin addiction and that is gender based.

There are thousands of rehabs located throughout the country and most people addicted to opium based drugs want to get help, they just do not know how to. Having a loved one support them and help guide them, can significantly increase their chances of receiving the help they need, and will help them get through the trying times of opium detox.