Natural Opiates vs. Synthetics: Are they as Dangerous?

It is a popular concept that natural substances are safer, less poisonous, or less harmful than synthetic substances. In the case of drug abuse, many individuals who use licit and illicit drugs to get high believe that it is better for them to abuse those substances which occur naturally than those which do not.

These individuals often explain this belief by stating that natural drugs are less likely to cause dangerous effects, are more easily processed by the body, or even that they are healthier to use. While both natural opiates and synthetic opioids are abused in abundance, there is really no difference in their potential for harm. Both are equally harmful when used improperly.

Natural Opiates vs. Synthetic Opioids: What are They?

Opiates are named after the substance opium, stated by the DEA as being “extracted from the poppy plant, Papaver somniferum” in order to be used as “the key source for many narcotics.” These drugs which are taken from the dried milk within the naturally growing poppy plant include:

The entire class of drugs, either natural or synthetic, may be referred to as opioids, but the term opiate refers only to naturally-occurring substances. Understanding whether or not an opioid is organic allows you to better assess a situation of narcotic drug use. Especially if an individual is abusing an opiate because they believe it is safer, you can more easily help them if you know exactly what drug they are using and how much.

When comparing the levels of potential harm in natural opiates and synthetic opioids, it is important to remember that both types of drugs can be incredibly dangerous and one should not be considered less so by any means. 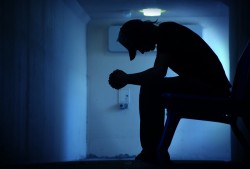 Natural and synthetic opiates can both cause dangerous side effects

The general side effects of opiates and synthetic opioids are the same. If an individual takes a high dose of either type of drug, they could experience extreme respiratory failure, even to the point of death. They could easily become addicted to drug type as well as dependent, tolerant, or otherwise controlled by their need for the substance. All opioids, synthetic and natural, also cause a level of cross-tolerance and other issues, as those who abuse one type of opioid might move to another if the first is not available (IE heroin users abusing opium, etc.).

According to ISATE, “Many opioids are prescribed for their analgesic, or pain-relieving, properties.” While naturals and synthetics both contain these properties, a person could be prescribed either type of opioid to help treat them and might even be switched from one to another. It will not usually matter if they switch from synthetic to natural or vice-versa under a doctor’s care. This also shows that the side effects are incredibly similar when considered.

According to the NLM, “In the United States, the most commonly abused opioids are heroin and methadone.” Many individuals become addicted to these drugs after abusing them for a time, and many of those addicts were already abusing other opioid drugs before becoming addicted to either heroin or methadone.

Heroin is a semi-synthetic opioid (synthesized from morphine which occurs naturally along with opium) while methadone is a synthetic opioid. The fact that abuse of these drugs is the most common does not mean that natural opiates aren’t abused in abundance as well. Among the most commonly abused prescription opioids, the NIDA lists:

This shows that no one type of opioid drug (synthetic, natural, or semi-synthetic) is more addictive or has more potential for abuse than others. Users will often abuse whatever drug will give them the effects they want as well as whichever is easier to obtain. While someone could become devastatingly addicted to heroin, another individual might experience effects just as severe by abusing morphine.

Opiates and Opioids Throughout History

Opioid abuse and addiction is not a new issue, nor has it worsened with the synthesizing of non-natural opioids. According to Harvard Medical School, alcohol is the only substance abuse problem that is recognized as being more widespread and persistent than opioid abuse. Aside from alcohol, opioids are “humanity’s oldest… drug problem,” stretching back to the copious abuse of opium in 1800s and beyond.

Opium is a naturally-occurring substance and has caused just as many issues in the past as other opioids (both synthetic and natural) have caused today. There are many reasons why opioid abuse has increased in recent years, but it is not because synthetic opioids are more dangerous or more addictive.

Are Natural Opiates as Dangerous?

Natural opiates are just as dangerous as synthetic opioids, but there is a possibility that an individual might worry less when abusing the former. Because many people believe that it is safer to put natural, organic substances into their bodies, they might not be as concerned about the possible repercussions when abusing natural narcotics. In some cases, these individuals might even start abusing drugs like opium as opposed to heroin thinking that it will be safer.

This is really the only way natural narcotics differ from synthetic ones in terms of harmfulness; the user’s perception of the drug might cause them to take higher amounts or be less concerned about their drug use, making the former potentially more dangerous. Otherwise, whether an individual is taking morphine or fentanyl, codeine or methadone, there is a similar risk.

Yes, certain opioids are stronger than others, but that has nothing to do with whether or not they occur in nature. And there should be no confusion about whether opiates can be as harmful as synthetic opioids. Narcotic drugs all have the same risks for users which grow exponentially when the drug is abused.