Opiates are a class of drugs that are derived from the opium poppy. Such drugs include heroin, opium and various prescription painkillers such as methadone, morphine or Oxycodone. The short term effects of opiates range from mild sedation and pain relief to low blood pressure and respiratory distress. When too much of an opiate is taken, there is a heightened risk of overdose.

According to CESAR, the side effects of opiates include:

Medline Plus describes drug abuse, including opiate abuse, a serious public health concern that has in some way affected nearly every family in some way. There are millions of cases of opiate addiction reported each year and, unfortunately, many of them end in tragedy. 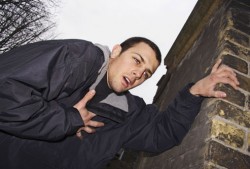 Opiates are very dangerous substances, and it is possible to overdose on them. An overdose can be fatal.

While the short term effects of opiates are not always dangerous, whenever a large dose of this type of drug is taken there are significant risks associated with the potential for overdose. Overdose can occur after a single dose of a drug or following repeated dosing. With illicit drugs, especially heroin, a lack of monitoring and control is likely to lead to heightened overdose risks as there’s no real way of knowing how potent the drug is before using.

The effects of overdose include:

Sadly, most people who overdose on opiates will suffer from serious medical complications as a result of their condition simply because help won’t be found in time. Many overdose on their own, without anyone else around to call for help; likewise, it’s also common for an individual to overdose in the presence of others but a fear of getting into legal trouble often prevents the other individuals from calling for help. Many states have now enacted laws that protect those who call for help from being prosecuted in the event that someone overdoses – this is one of many measures being taken to reduce overdose related deaths in the United States.

In addition to the risk associated with overdose, short term effects of opiates can impact the user’s ability to function and to make smart decisions. It is very common for opiate abusers to get into legal trouble or to suffer injury as a result of accidents that occur while they are under the influence. The risks associated with opiate use cannot be overlooked nor should they be downplayed. Short term effects of opiates include serious injury, serious health problems, overdose and possible death.