Effects of Opiate Based Drugs

Opiate based drugs come in many forms, most of which carry pain-relieving properties. Both natural opiates and synthetically made forms produce the same effects on the brain and body.

When taken on a regular basis, the effects of opiate based drugs can extend well beyond their initial pain-relieving properties. Opiate based drugs target certain key brain chemical functions that regulate the body’s central nervous system.

With long-term use, a person can easily become physically and psychologically dependent on opiates. Ultimately, opiate based drugs have the potential to take over essential brain functions, especially when abused on an ongoing basis. 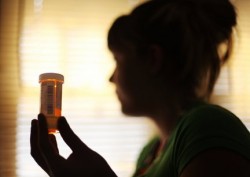 Opiates are taken for pain relief, though many people become addicted and take them to get high.

The human brain produces its own natural pain-relieving chemicals known as endorphins. Endorphins and opiate based drugs produce similar effects within the brain’s chemical processes.

When ingested, opiates trigger the release of endorphin chemicals from designated cell receptor sites in the brain. These chemicals slow signal transmission rates between nerve cells throughout the body. These interactions account for the reduction in pain a person experiences.

With ongoing use, opiates gradually alter the brain’s natural endorphin production abilities to the point where endorphin secretion functions come to depend on opiate effects, according to the U. S. National Library of Medicine. This cycle of dependency continues for as long as person keeps using the drug.

Opiates not only slow down pain signal transmission rates, but also every bodily process regulated by the central nervous system. In actuality, the endorphins involved in pain reduction are serotonin, dopamine and norepinephrine, all essential brain neurotransmitter chemicals. As a result, the effects of opiate based drugs have the potential to disrupt a person’s entire physiological make-up over time.

Tolerance effects have to do with how the brain becomes less sensitive to the effects of opiate based drugs with continued use. With each successive dose, opiates place an inordinate strain on brain cell receptor site functions. Eventually, cell sites start to deteriorate from overuse.

As brain cell structures weaken, they require larger doses of the drug to function normally. This means, pain sensations will persist unless a person increases his or her dosage amount. Brain tolerance levels will continue to increase for as long as a person keeps using.

Along with their pain-relieving effects, opiate based drugs produce certain desirable aftereffects, such as relaxation, euphoria and calm. These aftereffects combined with the brain’s increasing tolerance levels can easily drive a person to keep increasing his or her dosage amounts in order to sustain the drug’s desired effects.

Over time, this process essentially cripples brain functions as cell sites undergo progressive deterioration. In effect, the brain becomes physically dependent on opiates and cannot function normally in the absence of the drug.

Before too long, users start to develop a psychological dependency as opiates “reconfigure” the brain’s reward center. When this happens, opiates become a primary motivation in a person’s life, driving his or her thoughts, behaviors and daily priorities.