The history of opium goes back to ancient times when the drug was used for ritual purposes and for anesthesia. The ancient Egyptians, Indians, and Romans used opium as a pain reliever and often included the drug in surgical procedures to keep pain at bay. The drug is even mentioned in medical texts from the ancient world that date back to the times and writings of Dioscorides, Galen and Avicenna.

Opium continued to be used for medical uses up through the American Civil War at which time other medications were developed and derived from the poppy plant to be used. Today, drugs like morphine and opioids are derived from the poppy plant, the same plant that is used to make opium. These opium derivatives are widely used throughout medical practices. The medical world has evolved opium rather significantly over the years and developed new medications that can be injected at controlled doses for better use. 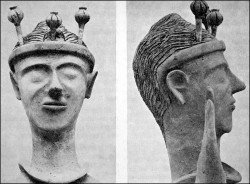 Historically, opium was used for recreational purposes during the 15th century but because it was a rare drug that carried a rather high expense, this use was limited. The use of opium would not become a more regular part of Chinese history until the 17th century when the drug is more widely available. During this time, opium was mixed with tobacco and smoked throughout China and opium addiction was first being noticed.

The British encouraged Chinese opium use in order to increase the balance of trading that they had with China. As a result, the British would deliver opium from India to China openly. The cultivation of opium, or of the poppy plant in India, was governed by the British under the East India Company. The government agency would supervise and oversee the production and shipment of opium for many years.

In 1839 as well as in 1858, massive confiscation of opium by the Chinese emperor who wished to stop the opium deliveries led to two Opium Wars. At that time, opium was traded all over the country by the British and opium use would continue to be widespread in domestic production. Ultimately, more than 25% of all Chinese men would be opium consumers by the early 1900s.

It wasn’t until that late 19th century that opium use for recreational purposes affected other nations. In time, global regulation of the drug would begin but this action would not fully take place until after the 1870s when town ordinances were created in San Francisco, California and other areas. In 1909, the International Opium Commission was formed to further regulate opium.

During this time period, opium was being purified into morphine and heroin was also being created from the drug. Both of these would become widely available for recreational use through injection as well as in patent medicines that contained opiates derived from the poppy plant.

The 20th century brought major changes as opium was prohibited from many countries. This regulation would greatly reduce the level of opium use but it would also lead to what is now modern production of the drug for illicit street purposes. Tight regulatory practices keep opium that is used to develop legal prescription drugs under check too.