Opium is still abused today by those looking for the euphoric high it causes. And because it is synthesized to make other drugs like heroin, opium production is still very common. When a person is abusing opium, the drug can become very addictive very quickly. This why is it so important to know the opium drug facts.

Where Does Opium Come From?

Opium is a non-synthetic drug. According to the DOJ, it is “extracted from the poppy plant, Papaver somniferum.” Opium itself is the dried latex that comes from the poppy seed. It is taken out, processed, and used recreationally by those looking to obtain its high.

It can also be used to create other drugs. These drugs are either opiates because they come from nothing but the poppy plant or semi-synthetic opiates, as some of their ingredients are non-natural but still have the natural opium involved in the making of them. Codeine and hydrocodone are examples of opium-based drugs.

If you need to recognize whether or not someone is talking about opium, here are some of its street names as stated by the DOJ: 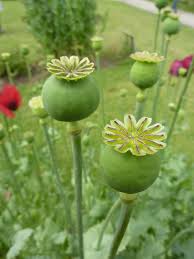 Opium is used to create many other drugs.

Opium can be abused in a variety of different ways, either as a “liquid, solid, or powder, but most straw concentrate is available commercially as a fine brownish powder.” It can be taken as a pill or injected intravenously, but mostly, it is smoked. Sometimes it is added to other drugs and given a different name. When it is called Black, that means it is marijuana, methamphetamine, and opium together.

When someone is abusing opium, the drug will affect his or her brain. It works very quickly when it is smoked, and the high will be followed by the relaxation of the person’s mind and the absence of pain. According to the DOI, people who are on opium may present signs of:

Abusing opium recreationally is a very dangerous practice. A person could easily overdose on opium which could prove to be fatal. According to SAMHSA, here are the signs of an opium-based overdose:

The person could die of respiratory failure very easily from opium overdose. It is also dangerous because the drug is very addictive. People who are addicted to opium will continue to use it even if it is hurting everyone around them. Opium abuse causes psychological and physical dependence which means, if the person suddenly stops taking opium, he or she will experience painful withdrawal symptoms and cravings. Opium is still a dangerous drug that can harm those who abuse it, as well as others who care for the abuser.

Calls to any general helpline (non-facility specific 1-8XX numbers) for your visit will be answered by ARK Behavioral Health, a paid advertiser on Opium.org.