Opium is a dangerous drug that can be smoked, injected, eaten or otherwise consumed to produce euphoric effects which last a few hours in most cases. Continued or repeat use of opiates such as opium can cause physical dependence and an array of psychological dependence issues which make quitting seem like an impossible task. If you or someone you know is suffering from opium withdrawal, this timeline should help to set your mind at ease – the symptoms, though difficult to cope with, won’t last forever!

How Long Does Opium Withdrawal Last?

Unfortunately, there is no solid way to pinpoint how long opium withdrawal will last. For some, opium withdrawal is a relatively uncomfortable experience that is coped with rather well while for others, symptoms of opium withdrawal can persist and become so severe that days seem like weeks and weeks seem like years. Each patient is different and the amount of time that it takes to fully overcome symptoms of withdrawal can vary from a few days for some to a few months for others. For some, cravings and interference in thought processes can persist for many years following a strong opiate addiction; others may never think about the drug again once the initial discomfort of quitting is overcome. 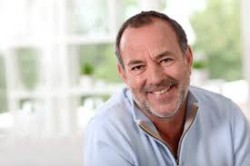 You will feel a major decline in physical symptoms by about a week after your last dose of opium.

Initially, the symptoms of withdrawal will resemble the common cold or the flu. The user may feel achy or tense, the eyes may be watery, and there may be uncontrollable yawning without the presence of fatigue. Runny nose, sneezing, and other flu-like symptoms may also be present in the early stages of opium withdrawal which take place about 12-24 hours following the last dose and may persist for up to 72 hours.

Generally, symptoms of opium withdrawal are non-life threatening. While the opium withdrawal timeline can extend out weeks or months depending on the individual user, the symptoms that are experienced continue to be of an uncomfortable and difficult to cope with nature but do not pose any significant risk to the recovering addict him or herself.