Most people who use opium fail to think about the drug’s long term effects. Opium abuse can lead to tolerance which results in physical dependence on the drug that could prove to be difficult to treat and equally difficult to overcome. The long term effects of opium include many health related problems and may also impact the social well-being, emotional well-being and spiritual well-being of the addict as well. Over time, opium use is likely to lead to opium addiction which requires professional help to overcome.

Users who smoke opium are at an increased risk of suffering lung disease or lung cancer as well as various other health problems. Smoking opium causes irreparable damage to the heart, liver, kidneys and lungs. The damaging effects of smoking opium will often linger with the user for many years or potentially the rest of his or her life even after the drug is no longer being used. A lack of oxygen to the brain as well as a lack of oxygen to the other vital organs within the body can lead to long term damage. 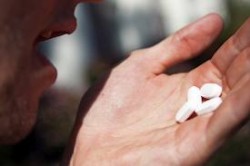 Injecting opium or opium derivatives such as heroin, morphine or other prescription painkillers can also have many long term effects. Damage to the veins is likely when any drug is injected regularly and there is also the potential for contamination, STDs or the transmission of disease through intravenous drug abuse. Injecting can lead to abscesses of the skin which, when left untreated, can lead to a need for amputation of the limbs.

Prolonged opium use can also lead to tolerance, dependence and opium withdrawal. Withdrawal symptoms may include nausea, vomiting, and anxiety as well as bone pain, diarrhea and high blood pressure as well as various other symptoms. Often times, it is the withdrawal symptoms that cause a user to continue to abuse opium despite the known risks and long term effects of opium abuse.

The best way to prevent the long term effects of opium abuse is to refrain from using the drug at all. For those who have already fallen victim to opium addiction, opium addiction treatment is available to help reduce the impact that this drug has had on the ability to live normal and provide effective counseling and therapy for recovery.