Opium abuse has many negative effects on the body, mind, and life of the abuser. Although opium was used as a medicinal drug for a very long time, its negative side effects make its use as in the medical field much less widespread. As for opium abusers, there are many effects of opium that can cause major issues in their lives.

As stated by the DOJ, “Opium is a highly addictive non-synthetic narcotic.” Its abuse is common especially when it is smoked. Opium can also be “intravenously injected or taken in pill form.” It is often mixed with other drugs in order to heighten its potency.

While opium is often abused recreationally by those who are looking to experience the high (“an opium high is very similar to a heroin high), those who abuse it often are in danger of becoming addicted. The NIDA Teen states, “Long-term opioid use changes the way nerve cells work in the brain.” This is also true of opium use in the long term.

Someone who becomes addicted to opium will: 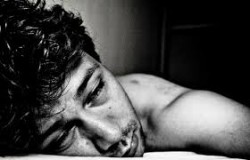 Abuse of opium can lead you to a life where all you can think about it your next fix.

A person may experience painful and uncomfortable side effects, some of which may become health risks. A long-time opium abuser may experience:

Those who overdose on opium are often in very grave danger. While withdrawal from opium does not have life threatening effects, overdosing on opium can cause a person’s breathing to slow down or even stop. This is the reason why many opium abusers die as a result of overdose. A person who has overdosed on opium may need “breathing support, including supplemental oxygen” (NLM). Other signs of opium overdose are:

Other Effects of Opium Abuse

Opium abuse can affect your life in many ways you may never have realized. Opium is “a Schedule II drug under the Controlled Substances Act” (DOJ). This means that abusing it or selling it can get you in trouble with the law, and depending on your situation, you could face jail time.

Like other drugs, opium abuse can also ruin relationships. Couples can break up over the use of opium, as one person can become addicted, and families sometimes can not reconcile these issues. Those who abuse opium often tend to use money that they do not have to pay for the drug, especially after becoming addicted. And the abuse of opium recreationally can make your work or school life suffer.

There are so many ways opium abuse can affect your health and your life. Consider these facts and seek treatment if you feel that you cannot quit opium alone.