On Opium Addiction & Why ‘Knowing Your Limits’ is Not Enough

While opium, per se, has a long history of recreational use dating as far back as the 1960s, many of today’s most addictive substances use opium-derived substances as main ingredients. Heroin and prescription pain medications lead the pack as the most commonly abused opium-based substances in existence.

Opium drugs rank number one in terms of their ability to relieve pain symptoms. These same results can also produce certain aftereffects that lure users into a false sense of security and control. By the time an opium addiction takes hold, users have all but lost their ability to see things as they really are.

The way in which opium-type drugs work gradually diminishes a person’s ability to control intake amounts and frequency of use. After a certain point, the effects of these drugs on the brain and body override any sense of volition or will a person may have.

Opium addiction unfolds in a series of stages, each of which creates its own self-perpetuating cycle of abuse. Only friends and loved ones can truly see the effects of opium addiction in the addict’s life once he or she starts using on a regular basis. Ultimately, knowing your limits becomes less and less possible the longer a person keeps using drugs.

Opium comes directly out of nature, from the seed pods found in the opium poppy plant. This same plant also produces a few other well-known pain-relieving agents, such as – 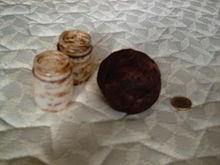 Opium is a dangerous drug, and when you buy it on the street you do not know exactly what is in it.

According to Palomar College, opium’s chemical make-up has spawned a wide variety of synthetic and semi-synthetic drugs, some of which include –

Each of these drugs contains opium or a synthesized version of opium as an active ingredient in varying amounts and potencies.

Normal brain function relies on a complex system of neurotransmitter chemicals. These chemicals act as communication messengers between the brain’s regions as well as throughout the body’s central nervous system. For normal function to continue, the brain must maintain a delicate balance of chemicals at all times.

The same chemical properties that make opium an effective analgesic also fit in nicely within the brain chemical system. The brain easily interacts with opium materials to the point where it accepts opium as one of its own neurotransmitter chemicals.

The brain’s ability to incorporate opium within its own chemical make-up accounts for how opium addictions can develop in the background, without a person even knowing it’s happening.

Individual cells within the brain release neurotransmitters in response to the body’s needs from moment-to-moment. Opium’s presence in the brain also triggers the release of these chemicals. In effect, opium addiction creates rampant chemical imbalances throughout the brain and body.

Neurotransmitter chemical levels most affected by opium include –

Overall, these chemicals regulate a host of essential bodily functions, all of which undergo considerable decline once opium addiction sets in.

The brain’s ability to tolerate opium’s effects mark the starting point of opium addiction. Brain tolerance effects stem from an increasing loss of sensitivity to the drug’s effects.

The brain cells most affected by opium become less sensitive to the drug’s effects over time. Opium’s effects force brain cells to secrete large amounts of neurotransmitter chemicals. With frequent use, these interactions damage brain cell structures, which accounts for this loss of sensitivity.

A loss of sensitivity means the same dosage amounts cannot produce the same desired effects. When this happens, a person will likely increase the dosage amount regardless of whether he or she uses opium for medicinal or recreational purposes.

Anyone who uses opium drugs on a regular basis will start to experience a range of negative aftereffects over time. The combined effects from tolerance level increases and cell deterioration leave the brain in a diminished state, so much so that it’s unable to properly regulate bodily processes.

While a person can develop opium addiction without becoming physically dependent on the drug, more oftentimes than not, a physical dependency cycle will ensue before a full-blown opium addiction takes hold.

At this stage, chemical imbalances in the brain have warped the brain’s cognitive abilities. Under these conditions, a person believes he or she needs to be under the influence of opium in order to cope with daily life responsibilities and stressors.

The opium addiction cycle takes root within the brain’s reward center. This center regulates perception, learning, memory and motivation. In essence, this center determines what motivates a person throughout the day as well as where his or her priorities lie.

Much like individual brain cells come to rely on opium to function normally, these same developments take place within the brain’s reward center. With each “high” experienced from opium, the reward center learns to associate opium as a positive influence in a person’s life.

Before long, the reward center ranks opium as a top priority and primary motivation within a person’s life. This development essentially drives the addict’s compulsive drug-seeking and drug-using behaviors.

From the addict’s perspective, knowing his or her limits makes little to no sense considering the importance opium holds in his or her life at this point.

Since brain chemical imbalances inevitably go from bad to worse throughout the course of an opium addiction, the longer a person keeps using the less important “limits” become. When all is said and done, opium’s easy access within the brain’s inner workings gradually eliminates a person’s ability to know his or her limits.