How Painful are the Symptoms of Opium Withdrawal?

Opium withdrawal can be a slow, painful, and difficult process. These are the symptoms most associated with opium withdrawals and their varying degrees of pain.

Everyone reacts differently to opium withdrawal based on certain factors specific to each experience. The level of drug use will strongly affect the severity of the withdrawal symptoms. If the individual has been using opium for a long amount of time or in a heavy amount, it is likely that the withdrawal will be very harsh on the individual’s system. The US National Library of Medicine suggests that this will likely occur after “several weeks or more” of abusing the drug. Many other factors can affect the opium addict and the following symptoms of withdrawal, including overall health of the individual, the type of medication or drug taken, and the level of dependence the individual has on the drug. 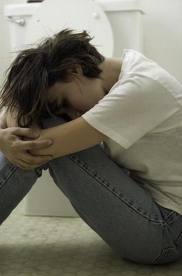 Opium withdrawal is very uncomfortable, though the worst symptoms subside within about a week.

In some cases, opium withdrawals can occur after a patient leaves the hospital and stops taking opiates which are often prescribed for pain. According to Healthline.com, “in some cases, many people do not even realize that they have become dependent and often mistake withdrawal for symptoms of the flu.”

The initial symptoms of opium withdrawal can be very misleading, especially if the individual does not know that he or she is suffering from opium withdrawals. The symptoms can be any or all of the below (according to The US National Library of Medicine):

After the early stages of withdrawal, the individual will begin to feel more painful symptoms. “It is not pleasant, to say the least,” as described by The National Pain Foundation. Later stage symptoms include:

How Painful Is It?

The National Pain Foundation states that pain may feel “more intense or severe” when going through withdrawals. The use for opiates is often to dull or minimize pain, so its sudden absence in the system and the body’s dependence on it are the main causes for this. Pain is different for every individual, but particularly intense spasms and aches are common during this time, especially when an individual was taking the drug for a particular pain. The pain will subside, though, after the withdrawal symptoms start to as well.

Withdrawal from opiates is not life-threatening, but pain is absolutely a factor. The best way to react is to get treatment, focus on anything else possible, and slowly work through it. Different medications can be used to curb symptoms, and the individual suffering from withdrawal would be best cared for in a treatment facility. There, doctors can slowly reduce the amount of medication needed as to help the body adjust to the lower dosage. If going into treatment is not an option, the person should try to remain calm, stay hydrated, and be reassured “that the withdrawal reaction will pass and [the individual] will eventually feel better” (The National Pain Foundation).