Unfortunately, polydrug abuse is especially common among opium addicts, making the abuse of the this extremely dangerous and more likely to lead to multiple addiction syndromes. Call 800-429-5210 (Who Answers?) today to find safe, reliable rehab centers where you can be treated for substance abuse.

According to the Drug Enforcement Administration, it is very common for opium addicts to abuse the drug “in combination with other drugs.” For example:

This is partially because the drug in its pure form is difficult to find in large quantities. Regrettably, this not only leads to problematic abuse of other substances but high-level addictions to multiple drugs if practiced consistently.

Opium addicts are some of the most common polydrug users and the most likely to be suffering from multiple addictions, which can make recovery much more difficult.

How Do I Know I’m Addicted to More than One Drug? 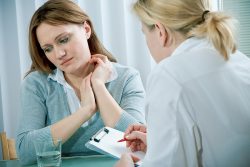 In order to recover safely, you must tell your doctor about all drugs you use.

Many substance abusers use different drugs consistently in combination with opium in order to experience different effects. However, there is a strong likelihood that, if you are using intense substances like crack, methamphetamine, heroin, or amphetamine along with opium regularly, you are likely to experience residual effects from it.

Even if you are unsure if you are addicted to another drug or not, it is important to discuss it in treatment and to tell your doctor everything you were abusing in order to recover as safely as possible.

How Can I Stop Abusing Opium and Other Drugs?

According to the State Library of New South Wales, “Using a single psychoactive drug can be dangerous; using more than one significantly increases the risks.” It is important to remember that, if you have been abusing other drugs regularly in conjunction with opium, you will require treatment for all of the substances you were using. Not only because of the severe mental and physical side effects associated with all different drugs of abuse but also because leaving one addiction syndrome untreated can dangerously affect the other.

Simultaneous treatment for both disorders is the only way for opium addicts who have also been abusing other dangerous drugs to recover safely. It is similar to the way one must be treated for co-occurring mental disorders like depression or schizophrenia during addiction rehab: without this side-by-side treatment, the effects of the other disorder could unravel any benefits gained from treating the main disorder.

Call 800-429-5210 (Who Answers?) now to find rehab centers where you can begin to heal from your polydrug abuse. While this issue is common, there are many options available for recovery that you can receive all at the same facility. We can also answer any other questions you may have about rehab as well as whether or not a certain facility will take your insurance and which treatment options it may offer.