Can Opium Addiction Be Deadly?

According to the DEA, opium abuse and addiction “can lead to overdose” which can often become deadly. While many individuals abuse opium and opiate-based drugs, these substances become even more dangerous for those who are addicted to them, and treatment is often necessary in order to protect these individuals who are unable to stop themselves from the drugs’ deadly consequences.

Addiction makes a person much more likely to overdose on a drug, as they are abusing it often and in high doses. According to the NLM, “Intoxication or overdose can lead to a loss of alertness, or unconsciousness,” which makes it likely that the individual in this position will be unable to help themselves. Some of the effects of opium overdose include: 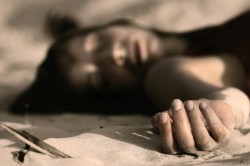 Opium overdose can cause loss of consciousness and coma.

A person who undergoes opium overdose may fall unconscious and become injured without realizing it, but the more present danger of this condition is respiratory depression. Opium overdose is likely to cause shallow breathing or the cessation of breathing, a danger the individual will not be aware of when they become drowsy or fall unconscious. This respiratory depression is worsened by the combined abuse of opium and other depressant drugs such as alcohol or benzodiazepines, a common practice among addicts.

In this way, opium addiction can become fatal. Many individuals, especially those who abuse the drug often and alone, will be more likely to experience this type of fatal overdose if they are addicted to the drug.

Other Deadly Effects of Opium Addiction

As a drug that causes addictive behavior, opium can lead a person to actively seek it out without caring about the possible effects of their actions. Some people may go willingly into a dangerous situation because they want to obtain more of the drug which can possibly lead to deadly consequences.

Opium can also be smoked, taken as a pill, or intravenously injected. The individuals who choose the latter method are often in danger of contracting deadly diseases such as hepatitis C and HIV. According to the NIDA, “This is because these diseases are transmitted through contact with blood or other bodily fluids, which can occur when sharing needles or other injection drug use equipment.” In addition long-term abuse of opium may cause collapsed veins (when injected), lung cancer (when smoked), possible brain damage, and renal failure.

Opium addiction can also lead to the abuse of and addiction to multiple other drugs, among them heroin. Heroin addiction can cause many of the same issues listed above as well as “abscesses [and] infection of the heart lining and valves” (ISATE).

Opium addiction is serious, and the many dangers associated with opiate drug abuse all apply. When a person becomes addicted to a drug, they will continue to abuse it, even when they know it is harmful to them. This issue could cause deadly results on its own, and it should be remembered that even opium alone can cause respiratory depression intense enough to stop a person’s breathing altogether, something that is much more likely to occur if the individual is already addicted.