Understanding What The Withdrawal Symptoms From Opiates Signify

As pain-relieving agents, opiates offer the most effective means for symptom relief. As recreational drugs, opiates pose a high risk for abuse and addiction. Anyone taking opiates on a regular basis may want to consider withdrawal symptoms from opiates as the first warning signs of a drug problem.

When left unattended, withdrawal symptoms from opiates only intensify to the point where a person’s physical and psychological health becomes compromised. Understanding what the withdrawal symptoms of opiates signify can help a person avoid the inevitable pitfalls that opiate abuse brings.

Opiate withdrawal symptoms can take varying forms depending on how long and how often a person uses. During the early stages of drug use, symptoms may include: 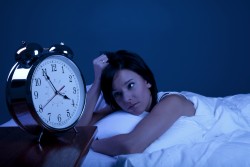 In the early stages of drug use, insomnia is a common withdrawal symptom.

After a month or two of regular use, symptoms may take the form of:

With a full-blown addiction problem, users start to experience:

According to Bryn Mawr College, at each successive stage, opiates further disrupt the brain’s chemical balance, which accounts for the worsening of symptoms along the way.

These interactions create the perfect conditions for chemical imbalances to form. Damaged cells can no longer output needed amounts of neurotransmitters on their own, while incoming opiate materials create chemical surges that further offset brain chemical processes.

Before long, the brain starts to rely on opiate effects to produce needed neurotransmitter supplies. Withdrawal symptoms develop out of the brain’s loss of regulatory control over the body’s major systems.

With continued drug use, withdrawal symptoms from opiates worsen in severity and occur more frequently. These developments correspond with the degree of damage caused to brain cell structures.

In cases of recreational drug use, weakening brain cells can’t secrete the amounts of neurotransmitter chemicals needed to produce the expected “high” effects from the drug. Consequently, users increase their dosage amounts in an effort to experience a “high,” at which point the brain’s tolerance level increases.

By the time users start to experience addiction-type withdrawal symptoms from opiates, the drug has all but taken over chemical processes throughout the brain and body. With addiction, withdrawal symptoms stem as much from a psychological dependence as a physical one as a person’s thinking patterns come to center around getting and using the drug.

Ultimately, anyone experiencing withdrawal symptoms should stop drug use immediately or else brace themselves for the downward spiral that leads to addiction.