Prolonged or repeated use of opium can lead to tolerance, dependence and addiction. Once opium addiction has become a factor in your life, there becomes a need for a safe way to effectively get rid of the opium in your system without the risk of further complications or damage to the body. Sustained opium use will lead to withdrawals if the drug is abruptly quit – these withdrawals are all part of opium detox.

During opium detox, the user will feel a range of symptoms that could be difficult to cope with but in most cases they pose no real danger to the user. When opium derivatives such as heroin or morphine are the culprit of the addiction, the risks associated with detox can be higher as withdrawal symptoms pose the risk of greater health complications for the user. Most times, opium detox takes about 3-7 days during which the user could experience the following symptoms: 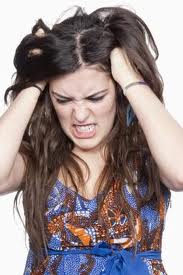 These symptoms tend to peak around the fifth day and taper off with time. The most severe of the opiate withdrawal symptoms are often treated using medications in opium detox.

Some of the medications that are used in opium detox include naltrexone an buprenorphine but these are more commonly used for those who are physically addicted to opium derivatives such as heroin, morphine, Oxycodone or similar synthetic versions of opium based drugs. Many drugs are derived from the opium poppy and although opium is very widely used in other countries such as Afghanistan and China, the drug is not as widely used in its pure form here in the United States. Most times, some derivative of the drug is used instead of the pure opium.

Regardless of whether opium or some other opiate is being used, the withdrawal symptoms are typically similar in scope but they will differ in severity based on the method of use and the length of time during which the drug has been repeatedly used.

Opium detox is uncomfortable for the user but typically there are no major safety concerns. The biggest concern a user should have when he or she quits opium is the risk of relapse which, as with any drug addiction, is very high. Studies estimate that 50% of all recovering addicts will return to drug use following addiction treatment. Though these rates are in line with those of various other diseases, the risks associated with opiate addiction tend to be far greater.