What are Semi Synthetic Opiates?

The DOJ defines opium as “a highly addictive non-synthetic narcotic that is extracted from the poppy plant, Papaver somniferum.” Opium and the poppy plant can be used to create many other types of drugs. There are three types of opiate-based drugs (or narcotics).

According to the state senate of California, “semi-synthetic opiates were developed in the early 20th century.” They use “chemicals from opium plants as a base.” They were meant to be safer and more effective than the use of pure or natural opiates for medical purposes.

Some examples of semi-synthetic opiates are: 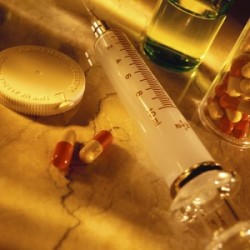 Heroin, oxycodone, and hydrocodone are all semi-synthetic opiates.

Semi-synthetic opiates have most of the same side effects that other opioid medications and drugs do. Even though they were originally created to be safer alternatives, they can still cause: