There are many types of opiates, all of which can be extremely dangerous if abused.

Some opiates, such as suboxone, are prescribed by doctors for the treatment of opiate addiction. While these drugs can help a person overcome an addiction to other opiates, such as heroin, they can also be highly addictive.

Here is a list of some of the most common opiates:

Buprenex, also known as suboxone, is an opiate used primarily in the United States to treat an opiate addiction. These are meant to replace opiates, such as heroin, that are injected or snorted.

Many people abusing heroin do not realize it is an opiate. Processed from morphine, this street drug has claimed the life of many people over the years. It can be injected, snorted, or smoked, with all three methods of intake having the potential to cause serious illness or even death.

This opiate is known as a narcotic analgesic. Despite the fact that it can be successfully used to relieve pain, it is highly addictive. Hydrocodone should only be taken if prescribed by a medical professional. 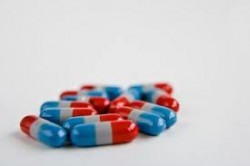 Many opiates are prescription painkillers such as hydrocodone.

Methadone has been growing in popularity since the 1940’s, at which time it was synthesized from methadone due to a morphine shortage. It may not be share the same chemical characteristics as heroin and morphine, but the end result is often times the same. In today’s world, methadone is commonly used for the treatment of a narcotic addiction, however, many people become addicted to this drug due to the way it makes them feel.

Morphine is prescribed by doctors for the treatment of serious pain. Unfortunately, many people have come to abuse this drug illegally, as they enjoy the effects it has on their body.

This prescription drug is used to treat pain, but has also become popular on the street. Vicodin intake should be carefully monitored by a medical professional, as it is both physically and psychologically addictive.

There are situations in which opiates can be extremely useful, such as in controlling pain following a serious injury or surgical procedure. At the same time, it is important to remember that these drugs are highly addictive and dangerous if taken in large quantities or without medical supervision.