How Dangerous is Opium Abuse?

According to the Drug Enforcement Administration, “Opium is a highly addictive non-synthetic narcotic that is extracted from the poppy plant, Papaver somniferum.” The drug causes similar effects to the prescription opioids it can be used to create, but it is not currently used as a treatment for any medical condition. Some people abuse opium in order to feel the euphoric effects it causes in high doses. But just how dangerous is opium abuse?

Opium Abuse’s Affect on the Body

“Opium inhibits muscle movement in the bowels leading to constipation.” While this may not seem like a particularly dangerous issue, it can be very frustrating for those who abuse the drug and it is the most complained of side effect for those on opioid medications. While it could easily be remedied by stopping one’s opium abuse, many people choose not to do so because they become dependent on and/or addicted to the substance. 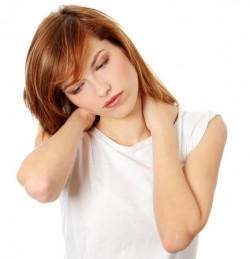 Being dependent on opium can lead to withdrawal symptoms such as muscle and joint pain.

Opium abuse can also cause dry mucous membranes in the nose, dry mouth, sexual dysfunction, nausea and vomiting, and a very low tolerance for pain. This becomes especially problematic if a person suddenly cannot get more of the drug or attempts to stop using it because chronic abuse that lasts for a few months or longer will inevitably end in dependence. The individual will become dependent on the drug and experience severe withdrawal symptoms, one of which is intense bone, muscle, and joint pain that frequently lead to relapse.

A person can also overdose on opium, just like with any other opioid medication, and some overdose syndromes can be deadly. According to the National Library of Medicine, “Many factors determine the short- and long-term outcome after opioid intoxication,” including the degree of poisoning and how long it took for the individual to receive treatment. Permanent lung and brain damage and deadly respiratory depression can occur.

Opium Abuse’s Affect on the Mind

The DEA states, “An opium ‘high’ is very similar to a heroin ‘high’; users experience a euphoric rush followed by a relaxation and the relief of physical pain.” Because heroin is much easier to obtain than opium, a person could switch to the former drug, which is often more dangerous because of the impurities in the substance and its highly addictive nature.

A person can also quickly become addicted to opium. Whether smoked, injected, or taken in pill form, opium is highly potent and can cause the drug seeking and compulsive using effects associated with addiction. The individual will require treatment after becoming addicted to opium, and this can be an issue they will carry around with them for a long time, perhaps for the rest of their life as they recover.

Opium abuse can not only lead to addiction, dependence, and dangerous behavior performed while intoxicated; it can also lead a person to abusing other drugs and making poor decisions that may cost them their job, their friends and family, and their life. Abusing this drug is a dangerous mistake, and the more someone uses it, the more serious their situation will likely become.

If you want to learn more about opium or if you have been abusing the drug and require addiction treatment, call 800-429-5210 (Who Answers?) today.