The Many Ways in which Opium Addiction Can Ruin Your Life

According to the NIDA, “Although the initial decision to take drugs is voluntary for most people,” addiction occurs when the individual can no longer control their drug-seeking behavior. “The brain changes that occur over time challenge an addicted person’s self-control and hamper his or her ability to resist intense impulses to take drugs.” This result alone can cause extreme, life-altering effects. However, there are many ways in which addiction to a drug like opium can ruin your life.

Opium Addiction Can Hurt Your Relationships. 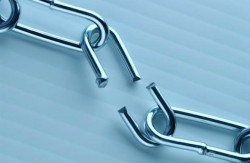 Opium addiction has the potential to break ties with loved ones.

Many individuals lose their friends, family members, and significant others over a severe addiction. Because they will not be able to stop abusing drugs (even when their loved ones plead with them to do so), it can be the source of many fights or even a complete separation. Addicted individuals often stop spending time with those they knew before they began to abuse the drug and will only want to be around others who use drugs as well. Over time, this can lead to loneliness, isolation, and a life where those who truly care for you and your wellbeing are no longer present.

Opium Addiction Can Leave You with Nothing.

According to the DOI, “Workplace use [of opium and opiate drugs] may cause impairment of physical and mental functions” which can also be a fireable offense. Because addicts cannot control their abuse of the drug, many lose their jobs over this issue. In addition, students can fail out of school or disciplinary actions may be taken against them.

These issues can also lead to financial insecurity and even homelessness; opium addicts will often use the money set aside for necessities like food, clothes, and rent to buy more of the drug. These individuals will not be able to make more money if they have been fired as a result of their drug use. As your addiction to opium grows, it could leave you with nothing at all.

Opium Addiction Can Cause Health Problems (and Even Become Deadly).

Many health problems can be caused by long-term, consistent opium abuse including

According to the DEA, “Opium use leads to physical and psychological dependence” which causes withdrawal symptoms when the individual can no longer get more of the drug. While these symptoms are not usually deadly, they can be extremely painful, and many addicts attempt to avoid them by continuing their opium abuse, even after they are no longer able to feel the drug’s effects as a result of tolerance.

In addition, opium overdose can cause severe respiratory depression that, when coupled with the drowsiness overdosing individuals experience, can become fatal. Many addicts die in this circumstance because they are unable to get help or even realize the seriousness of the situation. The NIDA Teen states, “The risk of overdose and death are increased when opioids are combined with alcohol or other drugs,” which is a common practice among addicts.

There are many ways in which opium addiction can ruin your life and even take it. If you believe you may be addicted to opium, seek treatment right away.