What are the Dangers of Opium Use?

Pure opium, as well as opium-based and opium-derived drugs, ranks second only to alcohol as the most addictive substances on the market. Some of the most commonly used opium drugs include:

Even in prescription form, the dangers of opium use are really no different than those associated with heroin use. Opium drugs interact with the brain’s chemical system in dangerous ways when used for prolonged periods of time. What starts out as fun, recreational opium use soon takes on a life of its own as the brain and body come to rely on the drug’s effects. 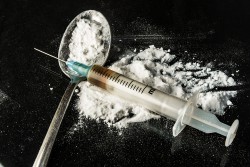 Physical dependence marks the first sign of danger with opium use. Chemically speaking, opium drugs share certain similarities with the brain’s neurotransmitter materials in terms of their effects.

Neurotransmitters act as a communications-messaging system throughout the brain and central nervous system, transmitting vital information from cell-to-cell. Individual cells secrete these chemicals on an as-needed basis.

Opium targets the cells groups that secrete dopamine and serotonin, two neurotransmitters that share a similar chemical structure to opium. In effect, this similarity tricks the brain into assimilating opium materials within its overall chemical system.

According to the National Institute on Drug Abuse, the brain comes to rely on opium in much the same way it relies on its own neurotransmitter chemicals, which drives the physical dependency cycle.

The brain’s reward system regulates learning processes and organizes a person’s belief systems. This in turn determines what types of things motivate him or her. It also plays a central role in defining a person’s priorities.

The reward system relies on a steady influx of dopamine to function normally. With each dose of opium, large amounts of dopamine and serotonin flood the brain, which accounts for the “high” effects users experience. With frequent opium use, repeated surges in dopamine levels skew the reward system in such a way that it “learns” to assign a high priority to opium’s effects.

When this happens, a person’s psychological make-up changes to the point where opium use becomes a primary motivation in his or her life. These effects account for how drastically a person’s life can change once addiction sets in.

According to the Tennessee Institute for Substance Abuse Treatment Evaluation, opium drugs work by depressing or slowing down chemical processes throughout the brain and central nervous system. This slowing effect works well at blocking pain sensations, which accounts for why opium-based drugs are so effective at relieving pain.

With recreational opium use, this slowing effect poses an ever-increasing danger to a person’s health and overall well-being. In effect, the brain develops an increasing tolerance to opium effects. By the time a person becomes addicted, he or she is consuming large doses of the drug at a time.

Too large a dose can shut down the body’s respiratory system, leaving a person unable to breathe. Ultimately, all forms of recreational opium use lead down this road.